You are here: Home / History

Striders Multi Sports Club originally started out in 1982 as Kerikeri Striders. It was set up by Jeff and Heather Matthews as a club for runners. They had over 100 members in their first year.

The period 1983 – 85 was very strong with many runners participating. In November 1983 the first half marathon was organised. It started from Waimate North and finished in Haruru falls. From these humble beginnings we now have one of New Zealand’s most popular half marathons and claim to fame as the largest half marathon event in New Zealand. It became so large that it out grew the club’s manpower and resources and so was leased out to Sport Northland, who continue to run this event under a contract with “Striders”. It is still a huge event and puts Kerikeri on the map every November when in excess of 2,000 people come to compete.

The club patron was the great Arthur Lydiard. There were some notable runners in those early years, the most notable being Heather Matthews who went on to become one of this country’s greatest female runners.

As the club grew in strength it was able to enter at least five teams in any Northland running event and compete with notable success. Some years later it took the junior athletics under its wing and the club name changed to Kerikeri Striders and Athletics.

In recent years Striders has diversified and become a multi sports club. There is now a road bike section, a running group, a walking group as well as multisports and kayaking.  Junior Athletics is in need of a leader so is shelved at the moment. The Striders Multi Sports Club wants the Far North community to get active outdoors.

While today’s strict road safety regulations has killed the opportunity to hold less formally organised events, Striders is looking at bringing back such events as the popular pub to pub. It also helps members participate as a group in all the local fun runs, such as the Kaitaia Fun Run and Walk and the massive Kerikeri half marathon.  The running group has gone from strength to strength, with away runs held most months to locations such as The Duke’s Nose, Totara North and Urupukapuka Island as well as weekly Saturday morning runs along the Rainbow Falls track.

The club also has a strong cycling leg [pardon the pun – sports ed], every week a group of up to 20 road cyclists go for a ride and hold monthly time trials. These rides start on Sunday morning form the police station.

One of the most striking facets of Striders is it’s affordability of the annual subscription.

In 2010 the club welcomed the Kerikeri Indoor rowers into the club and now boasts lovely clubrooms with great facilities for indoor rowing and cycling. It is a new purpose built training area attached to Kingston House. 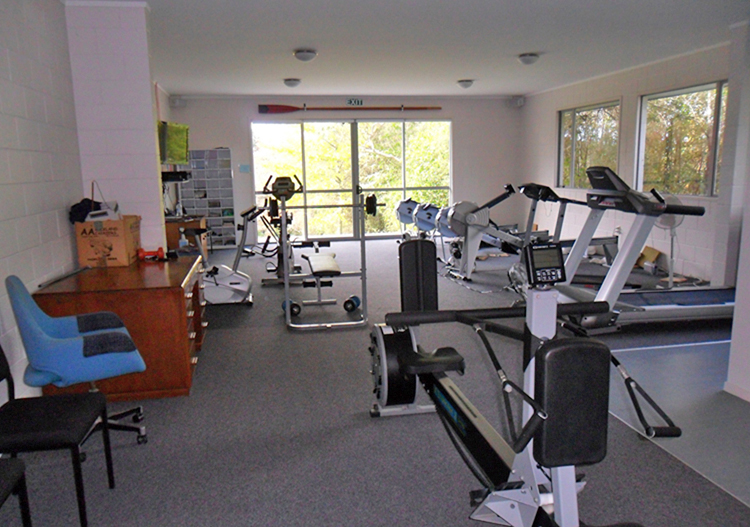 Do you have a sports related Northland business? Have your ad displayed here!
Contact us for details.